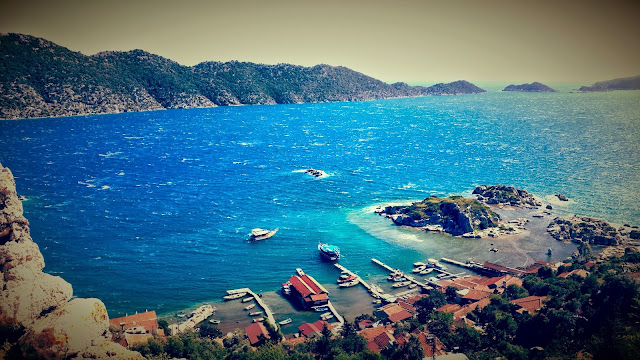 First time I discovered Simena was at a cruise I took from Kaş. Up until that moment I was sure that I was in love with Kaş, but when we get to Simena, I wished to check out from the hotel in Kaş and stay here for couple of days. And, the next summer I kept the Kaş holiday a little shorter to make my wish come true.
During my stay at Simena, I thought a lot about buying a village house and turning it into 2-3 room boutique hotel. I guess, that is a dream many visitors from big cities have. In this article what I want to tell you is, what to do at Simena, and the way we did them. Simena, in one sentence is a piece of heaven. There is no access to the village by car. Therefore, there are no asphalt roads, no cars, no horns, no contamination. Small boats from Üçağız village take you to Kaleköy. Alternatively, you can rent a boat from Kaş. Once you get to Simena, few little ducks, caretta carettas, a quiet village with a wonderful nature, transparent-clean sea, raki-fish meals at the beach, thousands of years of history and mornings to wake up in this heaven will welcome you.

History of Simena lays back to 4th century B.C. Since then this place has been settled on. Simena is a Lycian city. It was part of a federation with Aperlai, Apollonia and Isinda, and represented by Aperlai in the Lycian Union. After the area joined to Roman Empire, Simena became an independent city. Today, Simena is declared as a protected area due to the archaeological heritage it has and it is not hard to spot footprints of history; Lycian sarcophagus, on the shore of the village is one of the first monuments welcoming visitors.
There are number of docks on the shore, which hosts cute little restaurants. Moreover, hotels of the village are also located on the coast line. Luxury hotel concept is not something that you can find in Simena. We stayed at Kale Pansiyon. It is a simple, clean hotel with 3 cute ducks as the hotel pet :) Those charming little friends play on the sea while you are taking a sunbath, giving a whole new definition to a peaceful vacation.

I strongly recommend canoeing at Simena. It is also possible to join kayak tours from Kaş, but while we were there those tours were stopped until some necessary permits are issued by the municipality. Anyway, lets get back to Simena. There are places to rent canoe on the coast. We preferred to take the canoes from our hotel. While, our expectation was to wander around a bit and rest our minds, Simena surprised us once again and gave us a magical experience.

First, we canoed a bit, enjoying the breathtaking nature. Then, we realized 2 caretta carettas a little ahead of us. Canoeing with caretta carettas! Luckily, they were not scared away, the opposite, they move closer to us and let us watch them for a while :) After the caretta carettas are gone, we canoed towards the Lycian sarcophagus. Have you ever investigated a historical artifact while on top of a canoe? It is possible in Simena :)

Homemade ice cream is famous at Simena. We tasted it in the cafe of Ankh Hotel, and we loved it. By the way, we also recommend Ankh Hotel as an accommodation option in Simena.

There is a castle on top of the village, which is another must-go place both because of its history and its view to die for. It is possible to walk from the coast to the top of the village. Little bit tiring, but definitely worth the energy to get there... There is a perfectly protected open air theater; remains of a building constructed as a temple, then converted to church and finally to a mosque, and a cistern.
You cannot miss the breathtaking view of the village once you reach the castle. Enjoy it. I also recommend to look outside the castle to the hills around; where you will see the ancient necropolis. 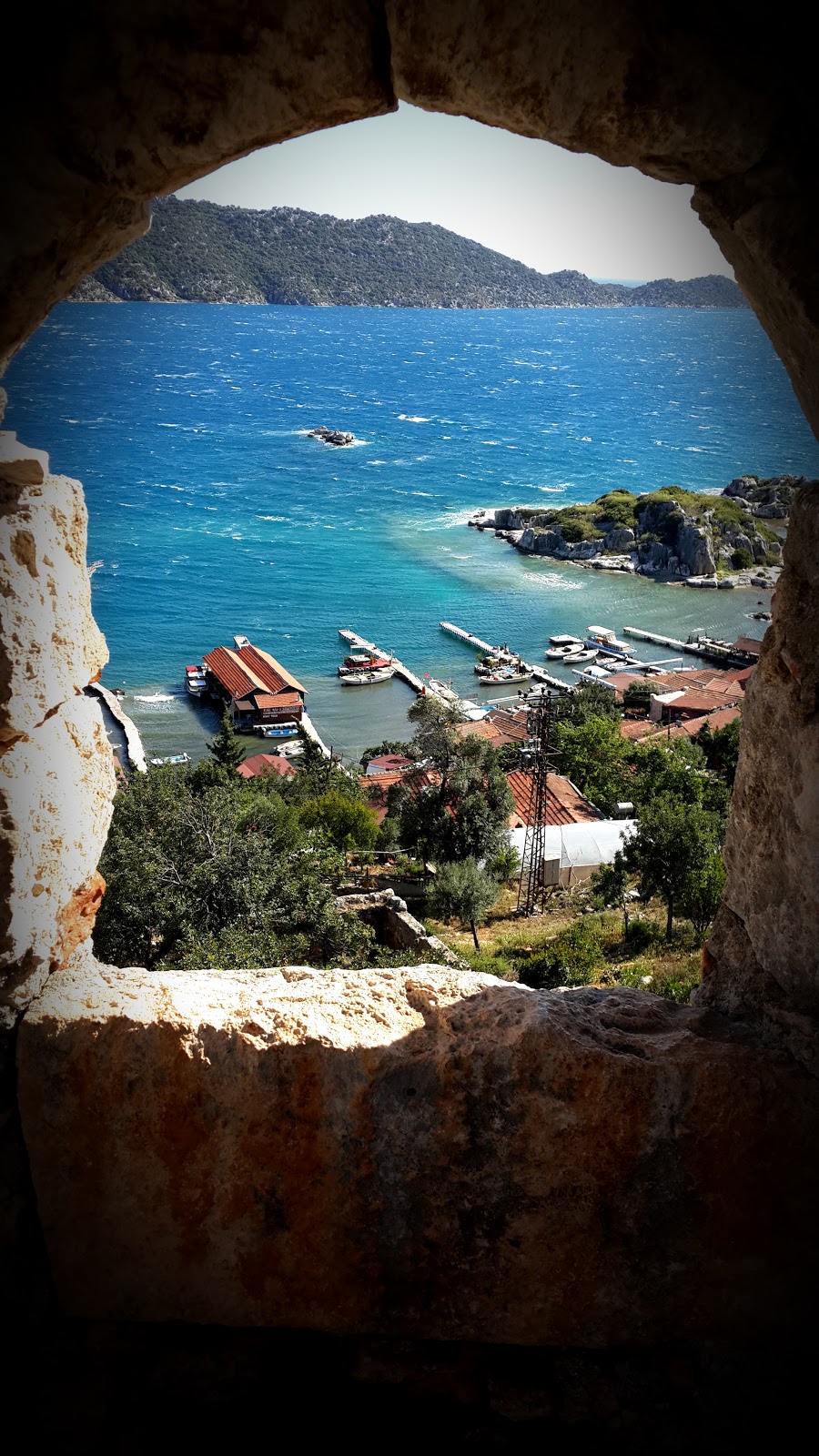 On the way to the castle, you will see villagers selling gözleme (type of Turkish pancake). We stop by one of them for lunch. It was not like a cafe, we get into the village house, sit on the cushion on the floor and taste traditional home made gözleme. 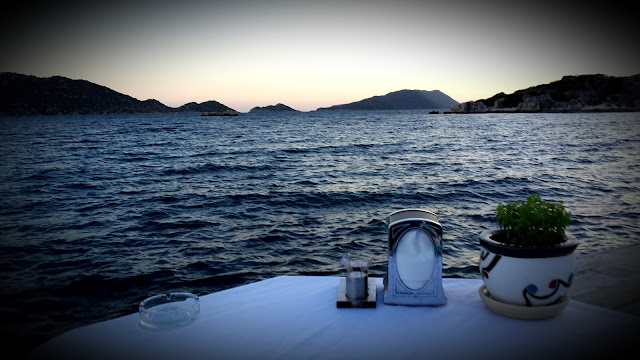 Lastly, I strongly recommend that you take a walk in this cute small village, and walk again under the moonlight, sit on a bench, watch the stars and do not forget how lucky you are to be at Simena. 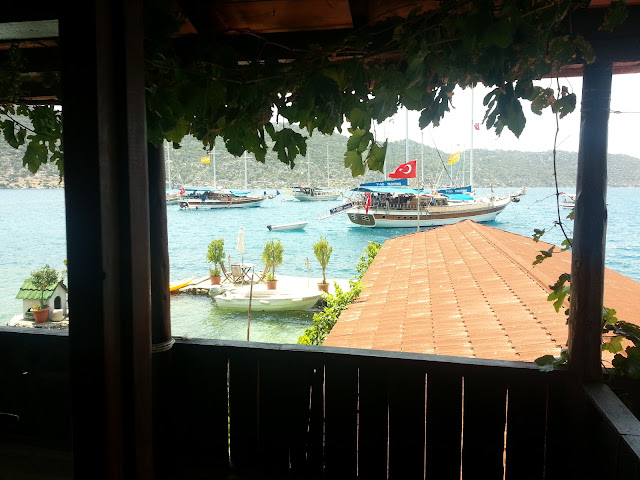 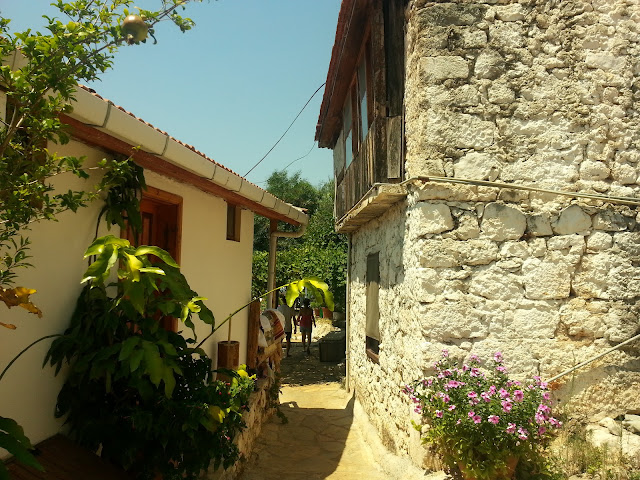 P.S: We had almost all our meals at the hotel. At the time of check out we were surprised to see that the extra payment the hotel charged us for the food was huge! Once we objected, they reduced it a bit, but I guess if we would have paid after each meal, the bill would not be that expensive. If you be careful about this, I believe there is nothing to spoil your good mood in here.